Women have a lot to say and sometimes are not shy about saying it!  They crowded into the Crossroads Women’s Centre in Kentish Town on Saturday 9 November, for ‘Women Together Speak Up – Making Community, Tackling Problems’.  Crossroads Women, the local charity hosting it, aimed to “give a voice to those women whose needs are most likely to be neglected, especially in these hard times”. 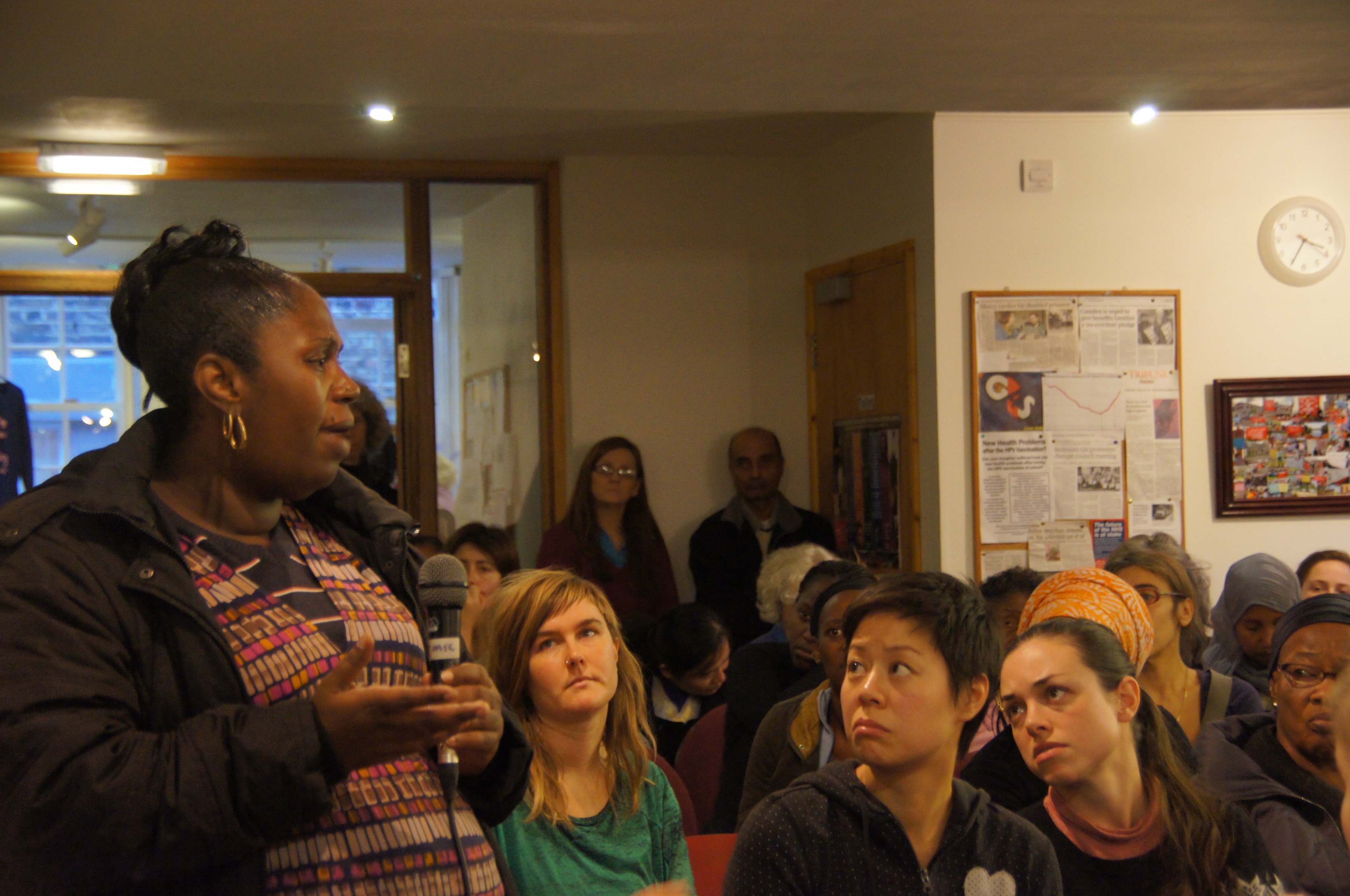 Children were made welcome by the ever popular Colin the Clown who provided entertainment throughout the meeting. Women of many diverse backgrounds, from teenagers to grandmothers, movingly described events and experiences.  Most felt mothers and carers were being devalued and impoverished.

They raised economic problems.  A pregnant woman was fearful of the future as her husband had lost his job and she had no independent income.  A single mother had been threatened with benefit sanctions despite applying for 150 jobs.  Another was doing sex-phone work to feed her children.

Many had found care services uncaring.  A mother grieving the death of a son had had her breastfeeding baby taken away by social services.  A woman recounted her difficulties getting support in place on leaving a mental health hospital.  Relatives were struggling to ensure loved ones who were sick or had disabilities received the attention they were officially entitled to.  Support for breastfeeding was being cut and new mothers and their infants were not being helped.

Violence and discrimination were also recurrent themes.  A woman had witnessed sexual harassment by guards while in a detention centre; a mother complained of police targeting her Black son and other Black men for stop and search; a lesbian woman said many LBGTQ young people were homeless and faced attack.

Many of those present were from Camden, but some had travelled from other boroughs.  And some from Scotland and Wales – they had come for an earlier meeting and had decided to stay to listen and contribute. 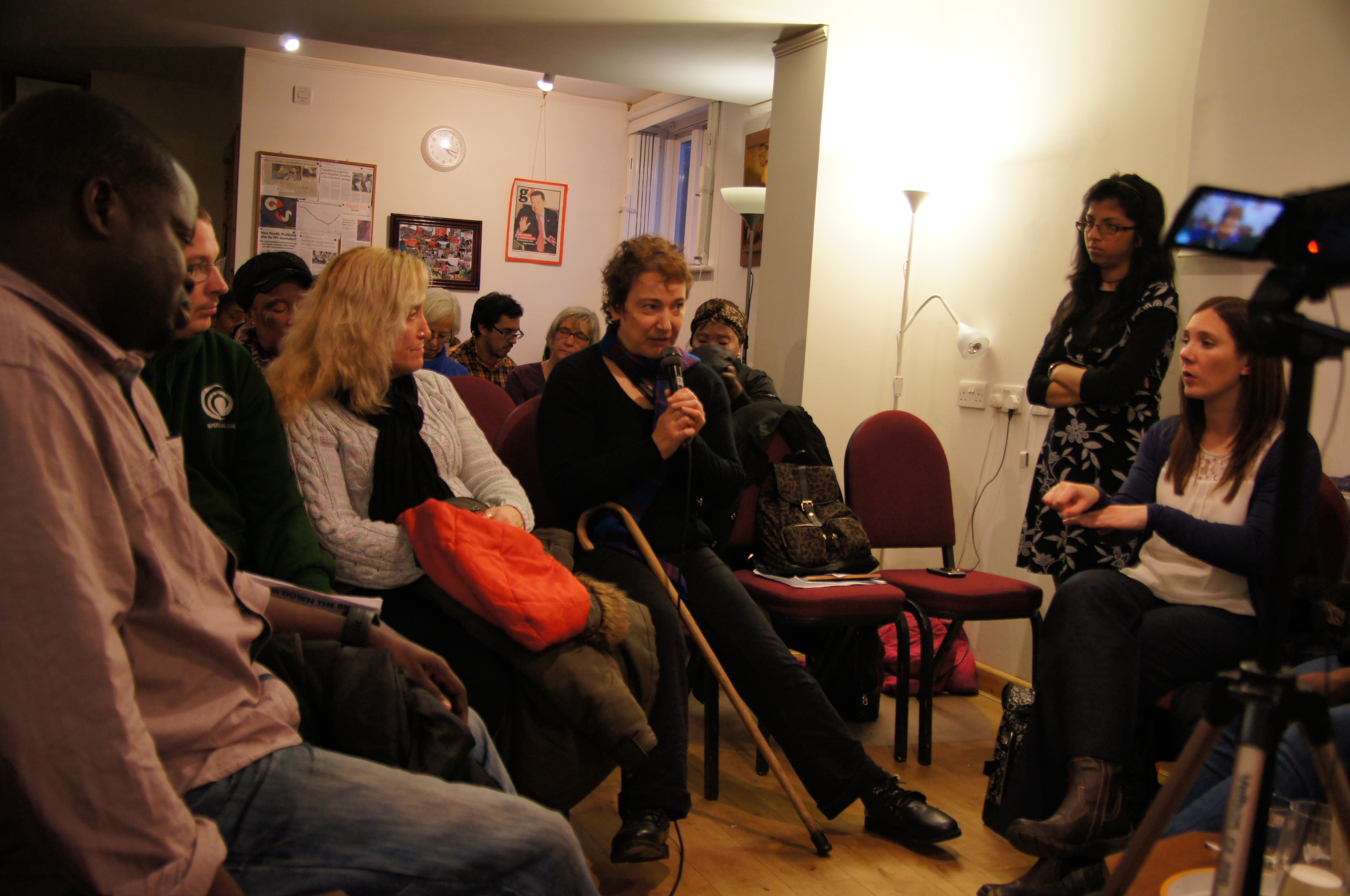 The indignity of food banks, loss of play centres and other cuts, juggling jobs, job search and study with childcare and housework, homelessness, bailiffs, unaffordable fuel bills and rents, rape, racism and other discrimination made for a grim framework.

The meeting aimed at sharing not only problems but solutions, and women proved creative and determined.  The woman whose child was taken from her, had fought alongside breastfeeding advocates and got her daughter back – she was at the meeting and thriving.  Others were campaigning to get re-housed or stop police injustices.  A rape survivor had written a play to highlight her experiences and wanted volunteer actors to help stage it.  A woman recently diagnosed with multiple sclerosis had started a parents’ support group.  More than one woman said that a successful outcome depended on not giving up, and getting together with others.  All agreed.  Supportive men described how much they owed their mothers and partners.  Norway was mentioned as an example of breastfeeding success – a mothers-led campaign had reversed a downward trend and 99% of infants are now breastfed.  A petition for a living wage for mothers and other carers received a warm welcome.

The Women’s Centre was praised for providing a space where women and their families could meet, volunteer and support each other.  Solveig Francis of Crossroads Women, commented: “Women shared truths rarely heard in public, and came out informed and fortified.”  A sign language interpreter, who volunteered her services, ensured that deaf people present could participate. 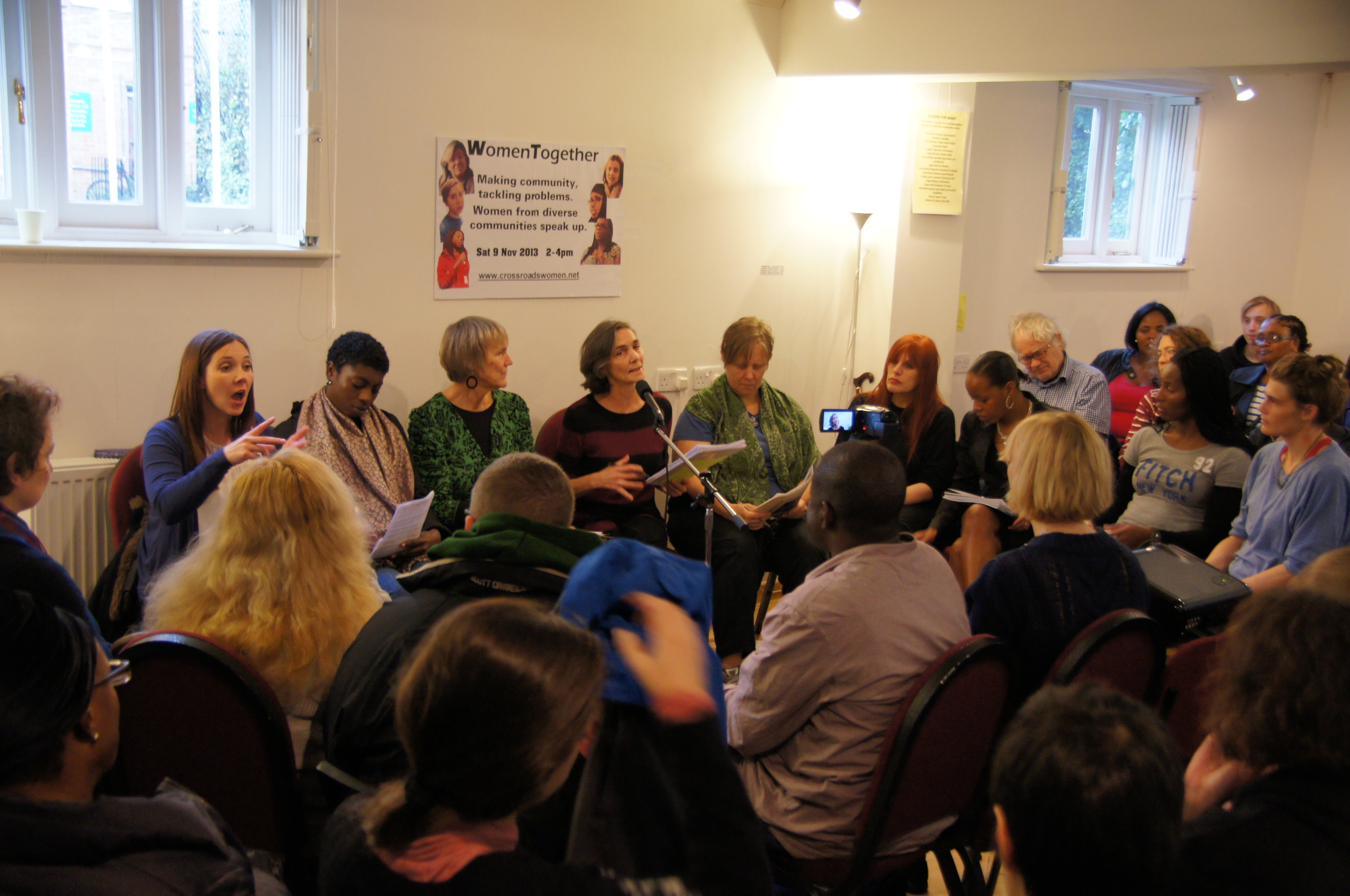